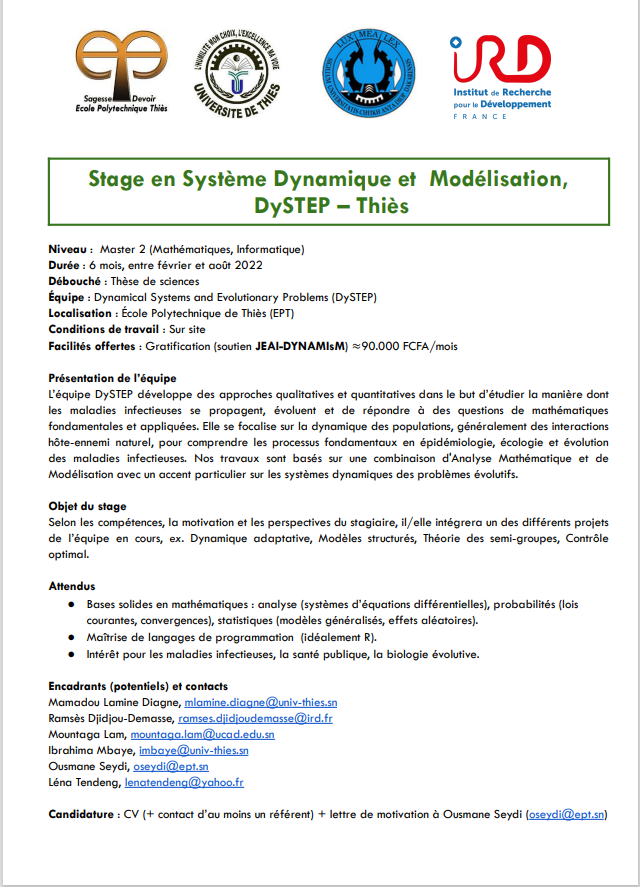 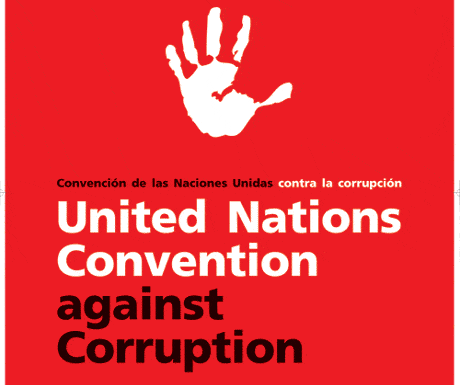 Title: Application of electrochemical technology for water and wastewater treatment

Abstract: This presentation is focus on the use of electrochemistry in wastewater treatment for the effective removal of contaminants. An overview of the electrochemical technologies, recent achievement, and trends on heterogeneous processes and integration of electrochemical processes with conventional processes will be presented. Among electrochemical technologies, the most widely used methods is electrochemical advanced oxidation processes (EAOPs), which are emerging environmentally friendly methods for the degradation of persistent organic pollutants from wastewater. It was shown that of some these electrochemical approaches, including the direct electrochemical oxidation using suitable anodes such as boron-doped diamond and/or indirect electrochemical processes based on Fenton’s reaction at suitable operating conditions and cells can allow treating effectively a very large number of persistent organic pollutants. The great capacity of these processes indicates that EAOPs constitute a promising technology for the treatment of organics contaminated effluents. EAOPs are based on the in-situ production of reactive oxygen species, pre-eminently hydroxyl radical (·OH), which non-selectively reacts with most organics, being able to degrade even highly recalcitrant organic compounds up to mineralization. Especial emphasis will be made on the explanation of EAOPs such as electro-oxidation using an active or non-active anode, electro-Fenton, photoelectron-Fenton, photoelectro-catalysis and their integrations with electrocoagulation and conventional processes.

Abstract : The fast-paced advancements in the understanding of semiconductor theoretical basis led to the conception of diversified power electronic devices. In the field of power electronics, the efficiency of those devices is strongly linked to high power rates and full integration trends that guide thedesign process of converters. Consequently, electrothermal constraints management is gaining importance when it comes to the reliability aspect of power systems. The key parameter that needs to be monitored during converter lifetime is the junction temperature of semi-conductor components.
Many methods are used to estimate the junction temperature of semi-conductor chips embedded into power converters. That parameter is usually defined as a virtual junction temperature Tjv which reflects the temperature of the active parts of power chips. Among those approaches,ThermoSensitive Electrical Parameters (TSEPs) are widely employed. Nonetheless, the representativeness of TSEPs is not fully addressed in the scientific literature. It is therefore mandatory to investigate this aspect using new additional methods to validate the temperature measurements performed thanks to TSEPs, especially under the converter’s conditions of use.
As part of our work, a new temperature measurement tool dedicated to TSEPs validation is designed. Microelectronic conventional processes are adapted to develop a power instrumented chips (Diodes, IGBTs) with integrated temperature sensor. It makes possible simultaneous junction temperature measurements using a TSEP and the on-chip resistive temperature detector. The experimental validation results are performed usinginstrumented power modules and infrared thermography.

Abstract : Nowadays, numerical simulation using thermal fluid-structure interaction is often used to accurately predict heat transfer in microelectronics packages. The heat transfer problem has been solved by a bidirectional coupling method between the solid domain and the fluid domain.

First of all, we will present numerical and experimental studies of natural convection of a microelectronic package in a still air chamber according to the Joint Electron Device Engineering Council (JEDEC) standard. The junction temperatures obtained with the numerical simulations in the vertical and horizontal orientations were in excellent agreement with the experimental measurements, with an absolute difference of less than 1°C.

Secondly, an accurate modeling study of forced convection for microelectronic packages is given. The results of numerical simulations using computational fluid dynamics (CFD) are consistent with JEDEC experimental measurements of junction temperature for a velocity range of 0.5 m/s to 4.5 m/s and a power of 15 W, while empirical formulas lead to higher errors.
Thirdly, the cooling of heat sinks by natural or forced convection in microelectronic packages is shown. A summary of the convection coefficients inside the fins and the equivalent thermal resistance of the fins is performed for the two heat transfer modes; the calculation of heat transfer coefficients by empirical formulas is greatly overestimated compared to the coefficients obtained by CFD.
At last, the best practices for thermal modeling in microelectronics with natural convection cooling are given by the findings from a detailed sensitivity study performed on various key parameters of a high-precision numerical model of a microelectronic package, to provide rules. The sensitivity study showed that to have a precise estimate of the temperature certain aspects must be present in the thermal model such as heat transfer by radiation, fluid dynamics to find realistic convection coefficients, detailed models of high-conductivity elements in the direction of heat flow to the environment, and precise values for layer thicknesses and thermal properties of the substrate and printed circuit board (PCB).

Abstract : In modern engineering, numerical simulation is a tool that is commonly used to predict the behavior of systems subjected to physical or multiphysical problems with an accuracy depending on the parameters. Numerical simulation, when well executed with the right parameters’ values, allows us to significantly reduce research and development costs by giving the approximate numerical solution.
Our work in the field of numerical simulation of two-phase incompressible flows with a velocity field imposed or calculated from a Navier-Stokes solver is presented. Numerical methods are evaluated for cases such as free surface of a liquid sloshing in a tank, dam breaks, and the problem of Rayleigh-Taylor instability.

Abstract: Industrial Internet of Things – IIoT – is being more and more applied to every production field as technology evolves. Poultry farms take advantage of that trend to increase productivity and ease day-to-day management. Chicken meat production is economically feasible if environmental parameters are monitored and controlled in order to lower broiler mortality. This project presents a remote monitoring solution applied to chicken poultry farms. Temperature, humidity and ammonia rate are obtained using DHT22 and MQ137 sensors. The main hardware component is a custom-designed PCB where an Arduino nano IoT 33 microcontroller is embedded to collect and send data to the cloud. AWS cloud services, CDAP pipeline and PostgreSQL database are then used to store, process and display relevant data on a dashboard. The first part presents the hardware design process. The second part shows the data workflow. Prototype onsite deployment and test results are discussed in the third part. Finally, future developments of the module are proposed. 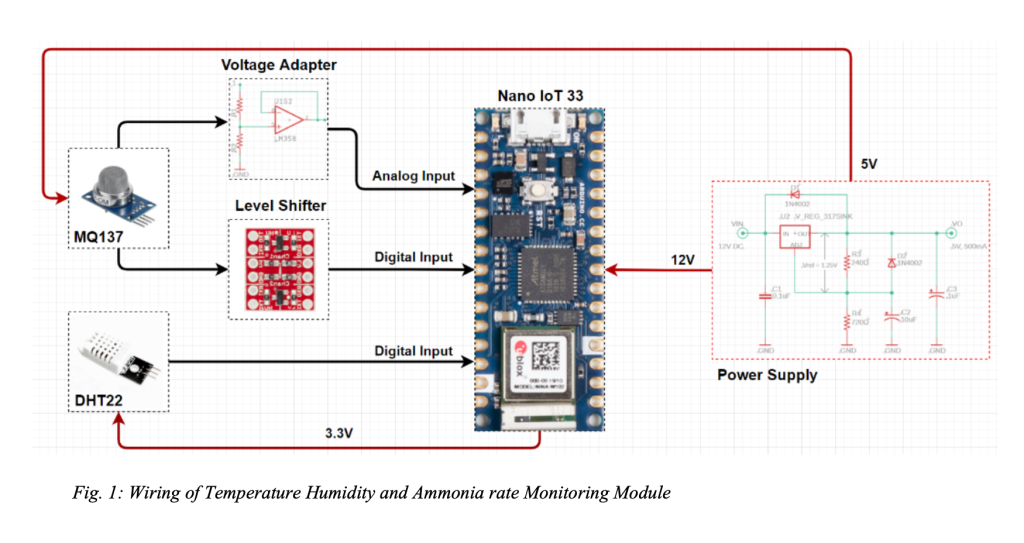 Abstract: Electric vertical take-off and landing (e-VTOL) vehicles are light aircraft that can take off and land vertically. There uses electric power for the propulsion and are less complex, more efficient, much quieter and cheaper than helicopter.
Today, they are more than 100 ongoing research projects and according to the German consulting group named Roland Berger, by 2025, there will be around 3,000 eVTOL commercial passenger vehicles in service, and as many as 98,000 of them flying by 2050, mostly in local taxi, airport shuttle or inter-city service.
Conceptual design and performance estimation for aircraft is a complex multi-disciplinary problem that involves modelling the effects of the aerodynamics, propulsion, stability and structural response of the aircraft for a specified design mission. Computational modelling has been playing a key role in the design of aerospace systems. Moreover, experiments are sometimes dangerous and the generation of high-fidelity simulation data is also expensive and time consuming. Data are hardest to acquire and thus sparsest in the most decision-critical regions, such as when a system is close to failure or instability.
The main objective of this thesis is to propose a new approach based on Machine Learning Techniques for aircraft design. 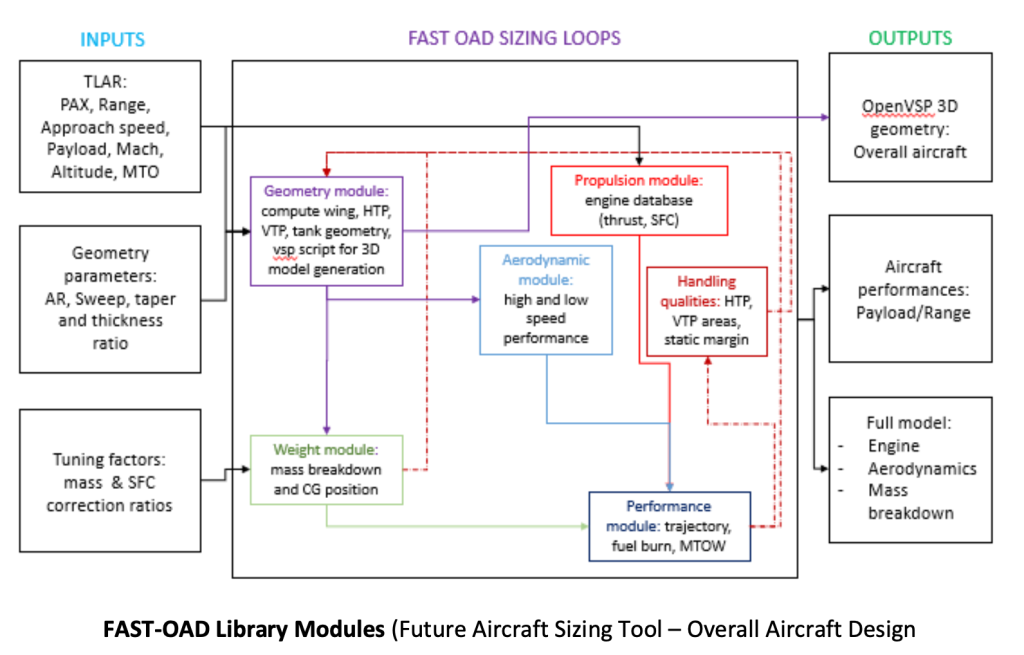 Abstract: The structural integrity of mechanical components and their assemblies is a major design purpose. The applications may concern the aeronautics, the automobile, the railway as well as structures such as bridges or masts subjected to cyclic loads or to variable amplitude stress states. This leads the design engineer to take into account various phenomena, including fatigue, a dominant factor that may lead, under dynamic stress, to the failure of structures or parts of them. The mechanical components are generally subjected in service to multiaxial stress states. Taking into account the triaxiality of stress states requires the use of multiaxial fatigue criteria. They are suitable tools for assessing the material fatigue resistance against periodical stress states, especially when they are multiaxial. A fatigue post-processing tool is developed and implemented under Matlab software to assess on the one hand, the damage level at the fixed endurance limit of the material (2.106 cycles) and, on the other hand, the fatigue life up to crack initiation from an iterative fatigue calculation process. The two multiaxial fatigue criteria used are Dang Van criterion (critical plane approach) and Zenner criterion (integral approach). Then, the fatigue post-processing tool is validated by fatigue test results from the bibliography.
Two applications will be presented during the talk: in Civil engineering (Tee Stub) and in Railway.

Abstract : In this talk we are interested in the mathematical modeling of the salted bevel. The salted bevel phenomenon, which is by definition the intrusion of salt water into a body of pure water, is a problem that interests many countries where drinking water is an increasingly scarce commodity. For these areas, the preservation of underground water tables against salted water intrusions is a major priority. This presentation aims to the modeling of this salted bevel phenomenon which consists of a coupling between an equation representing the piezometric load, an equation for the transport of the salted substance and an equation for the speed following a darcy’s law.
Throughout this presentation we will show the considered model, we will briefly talk about the mathematical analysis and finally we will investigate the numerical simulations.

This presentation is taken from a work in progress with Babacar Leye (2IE Burkina) and Babacar Toumbou (Thies university). 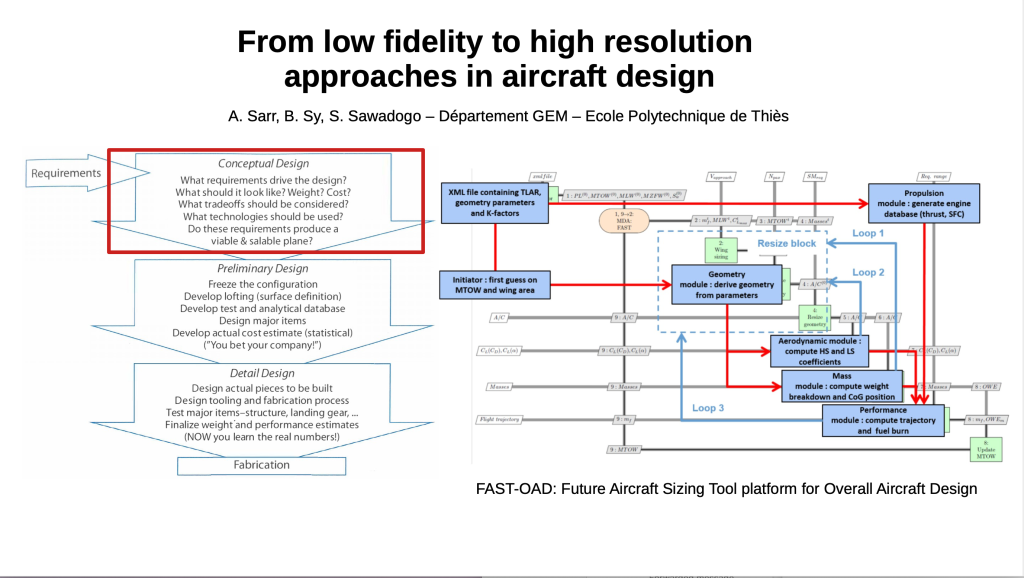 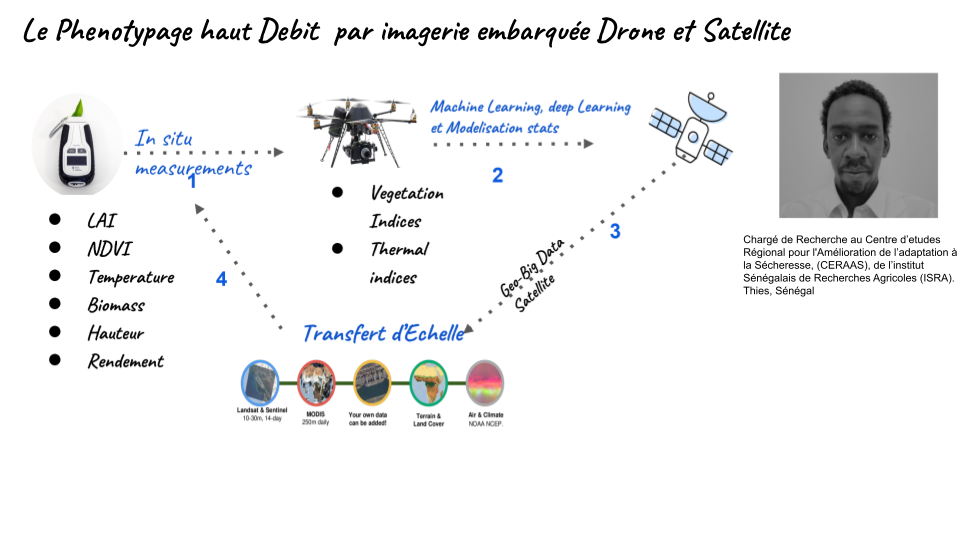 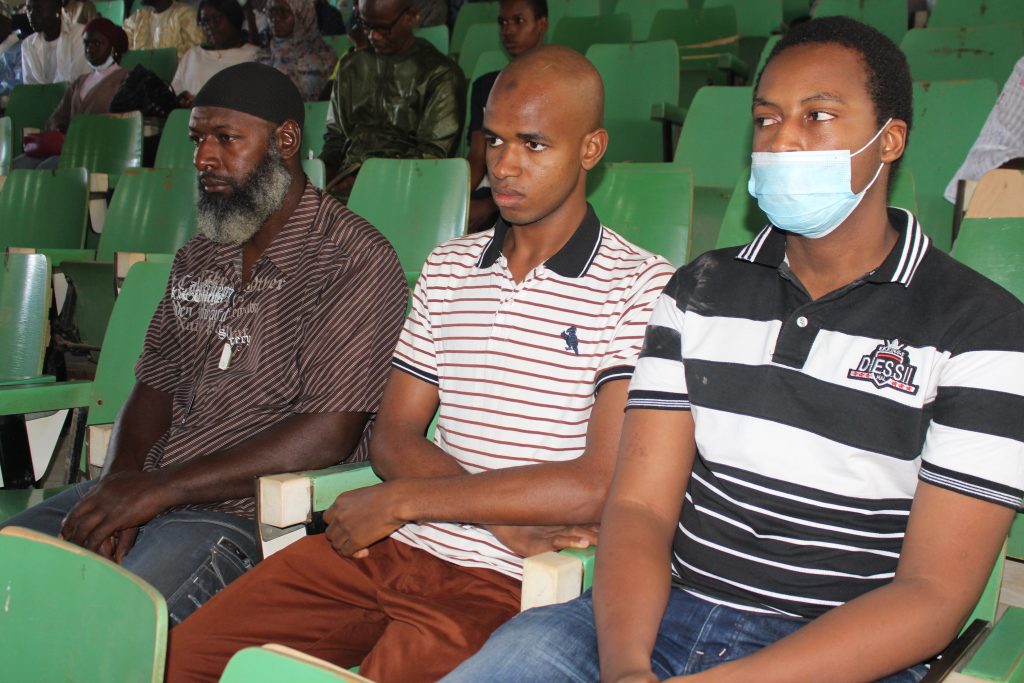 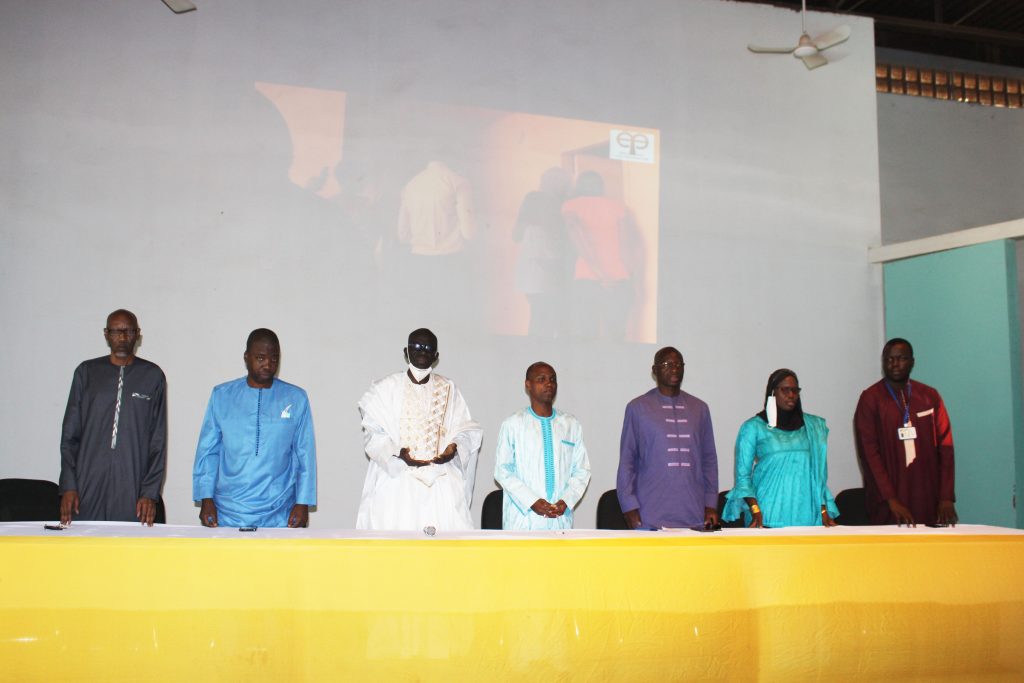 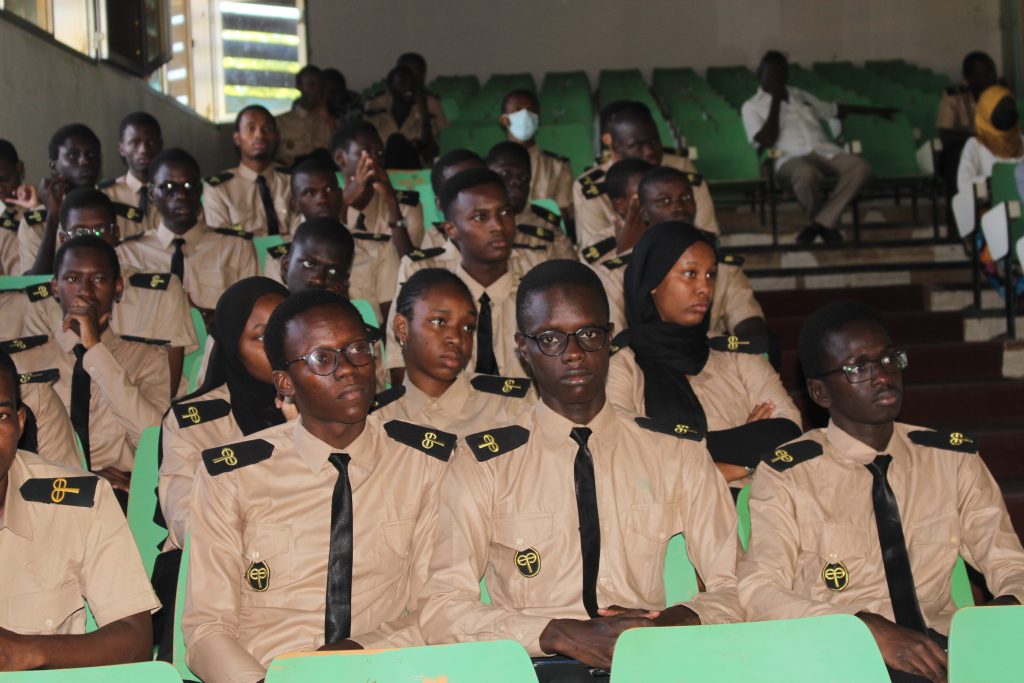 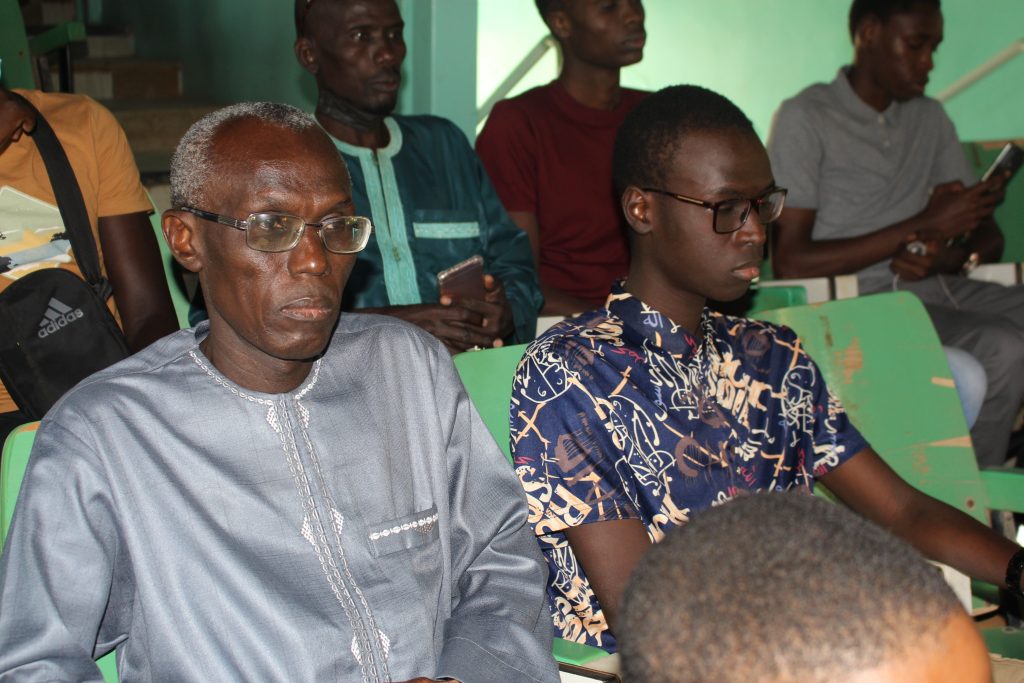 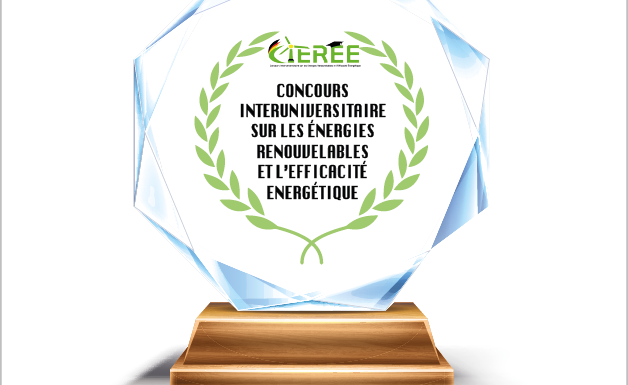 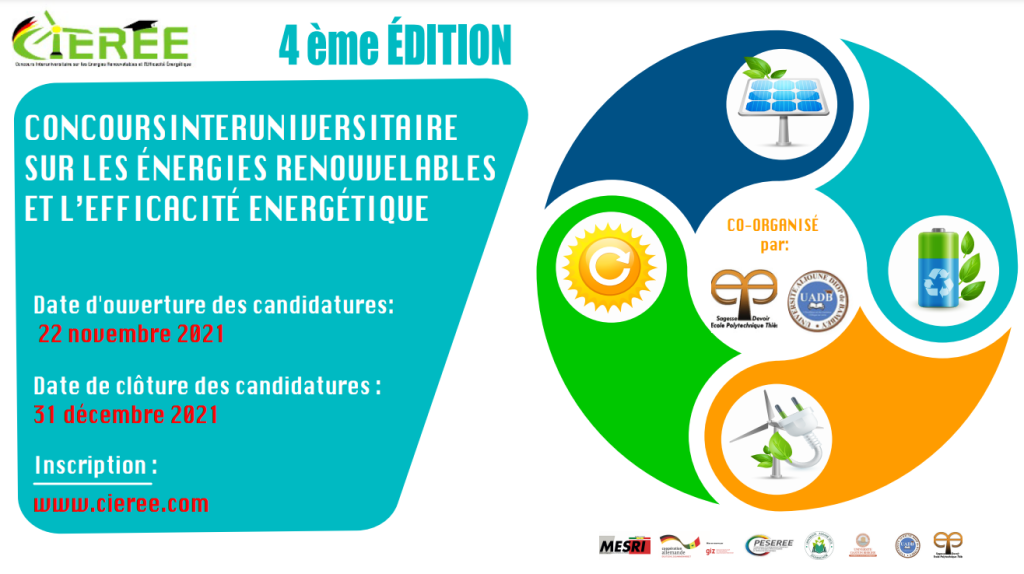 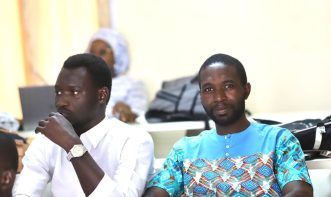 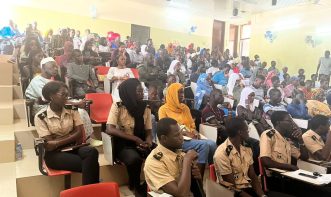 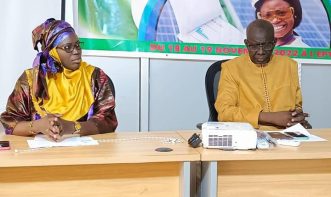 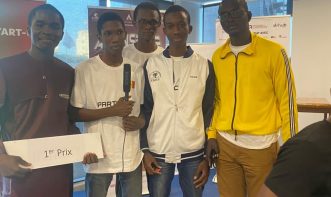 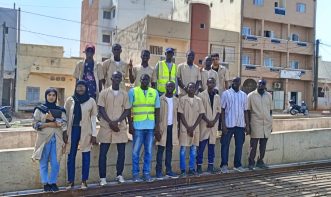